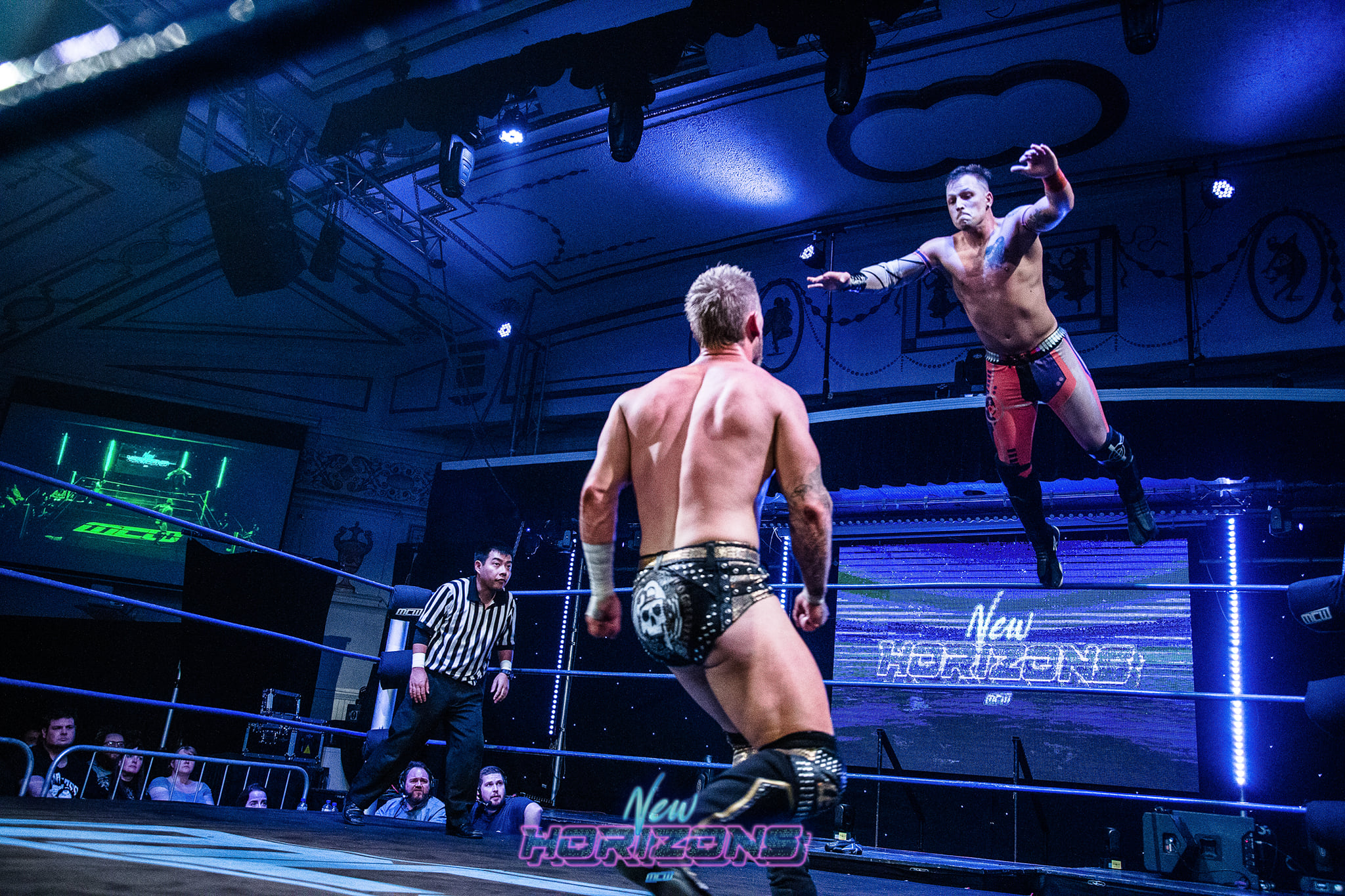 This past Saturday, the Thornbury Theatre was taken over by a sold-out crowd of Melbourne City Wrestling fans who were treated to an action-packed evening filled with amazing athleticism, shocking title changes, and a Main Event for the ages.

In a truly spectacular opening match that set the tone for the rest of the card, Business continued to boom when the former MCW World Champion put away The Airbender Royce Chambers. While coming up short against Slex, Chambers’ stock rose considerably in the eyes of both The MCW Faithful and The Business himself. If Chambers is indeed the future of Australian Professional Wrestling, the future looks very bright indeed.

Kellyanne Issued and Open Challenge for the MCW Women’s Championship

Out next was the newly crowned MCW Women’s Champion Kellyanne. The narrative of her title reign was set very quickly, as Kellyanne took to the microphone and verbally tore down the crowd, making it clear that she would not be a Champion who cares what fans think of her. The Champ took it even further when she told all in attendance that none of them are, nor ever will be, her friend. The Leader of the Fiend Club was evidently not looking for any new followers on Saturday night.

Once the vocal evisceration was complete, Kellyanne switched gears and addressed the locker room, issuing an open challenge to anyone who wanted a shot at her MCW Women’s Title. While the MCW Faithful were keen to see an impromptu title match, the entrance ramp remained empty, as no one stepped up to the opportunity presented. Judging by the reluctance of an entire division to challenge, it is clear it will take a very special talent to come forward and face the possibility of Total Domination.

The second half of the Mile High Club tried his luck against The Icon after his partner Jett Rouka failed to score a victory last month at Fallout. While Baxter was able to hang with the veteran at key points in the match and benefited from the support of Rouka being at ringside, Menero ultimately stole the victory with a few underhanded tactics, finishing off the rookie with a flying elbow for the pinfall in the middle of the ring.

The history between these two teams was very apparent from the beginning of this championship match. Every single move was scouted by the other team, every counter was met with a counter of its own, and all four men showed why they belong to the best two Tag Teams in MCW history.

However, with the No Disqualification, Tornado Rules stipulation in place for this match, a shocking turn of events unfolded when The Filip brothers utilized a toolbox left under the ring by a forgetful crew member and used the zip ties contained within to isolate Nick Bury in the corner by binding his hands around the post!

With the match turning into essentially a 2 on 1 handicap fight, Tome and Stevie circled Mitch Waterman like hyenas, each taking turns picking the bones off the carcass of the Ballroom Brawl winner with vicious, repeated chair shots to the ankle of Waterman! A horrified Bury helplessly watched on until, in a moment that sent a wave of shocked silence throughout the crowd, Nick called off the match of behalf of his Brat Pack brother, thus making it a submission victory for The Natural Classics and the coronation of NEW MCW Tag Team Champions.

The Universal Swoldier was able to pick up his second consecutive victory in MCW when he defeated Tony Villani in a very entertaining match. The Fitness Fanatic had the crowd on their feet, then hyper extending down, then up again in the first ever Squat Wave!

Villani showed his own impressive cardio by keeping up with Broderick throughout the match. Ultimately though, it wasn’t enough to overcome the former TMDK member, and Mikey was able to claim squatters rights on the win.

There were no hard feelings though, as Broderick reached into his gear bag to produce two shakers, inviting Villani to indulge in a post-match protein shake, an offer that Tony graciously accepted to the delight of The MCW Faithful!

Immediately following Intermission, Mitch Waterman came out to the ring, favouring his leg but not letting that stop him from addressing what had just happened in the Tag Team Title Match. Shockingly, Mitch declared he would use his Ballroom Brawl contract to challenge for the Tag Team Championships next month at Winter Warfare before Nick Bury raced out to the ring to stop him.

Bury pleaded with his partner to not misuse his once in a lifetime opportunity on a Tag Team re-match, and, in order to ensure Waterman’s goals were solely focused on singles competition going forward, Nick declared that he was disassembling The Brat Pack!

While these sorts of scenarios normally end in betrayal, it was nothing but love and respect between Mitch and Nick, as their bond of bratty brotherhood allowed the two to part ways after an emotional embrace and once last pose for the MCW Faithful. Truly the end of an era.

With his original opponent unable to travel due to current restrictions, and the big man still fuming from his MCW Intercommonwealth Championship being stolen by Lochy Hendricks last month, Ugg entered the Thornbury Theatre looking for a fight. He received one in the form of GORE, the little (in age only) brother of Krakerjak who accepted the Caveman’s challenge as an opportunity to make his MCW debut.

GORE took Caveman Ugg to his limits anddemonstrated his remarkable strength by throwing Ugg around the ring like he was a Cruiserweight!

However, the Jurassic Juggernaut revealed why he is a former Champion, showing his usual toughness and heart to match GORE’s strength and snuff out The Snuff King’s hope of a victory in his debut.

Post-match, Caveman Ugg informed all in attendance that he wanted a Title Match; not for his previous Intercommonwealth Title, but for the MCW World Championship!

This one was always going to be violent from the get-go. With Loverboy taking so much from Taylor in the past few months, Ritchie came into this Title Match looking for blood. Lochy granted Smashmouth’s request for a Street Fight, but once again Hendricks used the powers of his Legends Contract to up the stakes: If Taylor failed to win, he would be forced to leave MCW forever!

With so much at stake, Taylor unloaded an entire year’s worth of pent-up aggression onto the IC Champion. Every conceivable weapon came into play, including the most unforgiving part of the ring setup: the Steel Steps!

The ending of this ferocious battle came when Ritchie found a bag of thumbtacks underneath the ring, again left there by an absent-minded crew member. Oncethey tacks were in place, Ritchie landed Loverboy into the awaiting pile, turning Hendricks into a human pincushion!

Unfortunately, Lochy was able to turn the tides on Smashmouth, grabbing a fist-full of thumbtacks and throwing them into the eyes of Ritchie. Using the distraction to his advantage, Hendricks landed a spear, the pinfall, and the satisfaction of sending Ritchie Taylor out of MCW forever.

Post-match, Ritchie took one final moment in a Melbourne City Wrestling ring to soak in the adulation of the MCW Faithful. On behalf of the entire organization of MCW, he will be sorely missed.

In a night where there was every opportunity for CHAOS to reign, The Loose Legacy remained intact.

This Title Match had a Big Fight feel to it, with Robbie Eagles setting a surprisingly slow pace in the beginning. The ground game of Robbie is something that Adam Brooks hadn’t really seen before from his long-time rival, and clearly caught the Ledge off guard.

As one would expect, the pace eventually picked up to a frenetic frenzy, with The Sniper of the Skies locking Brooksy in his crosshairs on more than one occasion. Yet Adam Brooks is Champion for a reason, and utilized an impressive combination of ring awareness, hard hitting offense, and stamina to eventually get Eagles on the canvas long enough to hit the Swanton and to retain his Title in another impressive defense.

Once the match was over, Robbie and Brooksy embraced each other in a sign of mutual respect. Before Brooks could leave the ring though, the screens in the Thornbury Theatre flashed to life, and informed both Adam and the crowd of The GLOAT’s opponent at Winter Warfare: The Jurassic Juggernaut Caveman Ugg!

With the Number One Contender set, Winter Warfare has its main event. Winter is indeed coming, and so will the throngs of fans next month when Melbourne City Wrestling comes live on June 19th 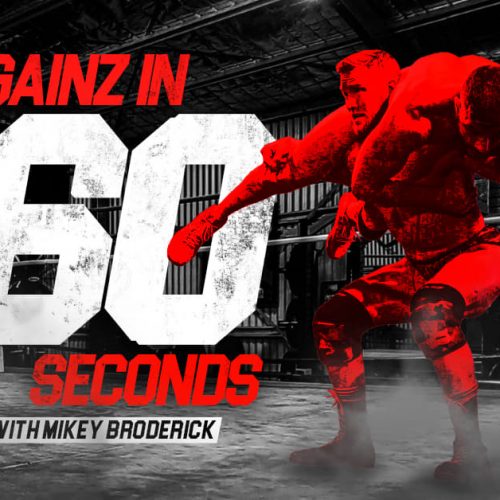 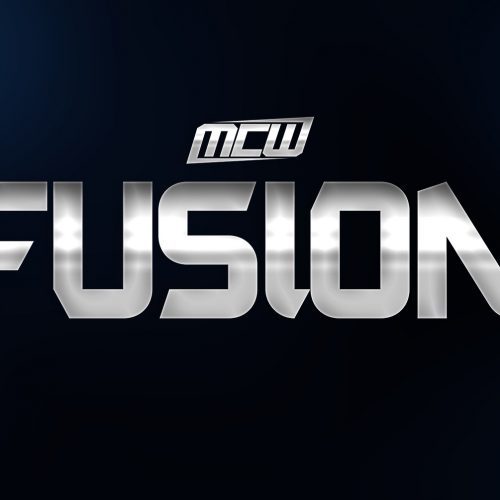