They say that competition is a good thing. Competition breeds creativity pushes all involved to be better, and evokes passion. Similarly, hometown pride can also be a powerful motivator for all the same reasons listed above. However, in a sport as volatile and violent as Professional Wrestling, competitiveness isn’t the exception; it’s the deciding factor in every single choice an athlete makes.

This Sunday, mere weeks after invading Pro Wrestling Australia’s (PWA) territory, Melbourne City Wrestling (MCW) “welcomes” its competition with open arms and closed fists, when the Thornbury Theatre serves as the battleground in determining which company reigns supreme in Australia. With both rosters in the same space, across opposite sides of the ring, worlds will indeed collide!

Royce Chambers has quickly established himself as one of MCW’s fastest rising stars with his amazing aerial arsenal and his infectious energy. After winning a hard-fought battle last Saturday at the inaugural MCW Fusion, “The Airbender” has a new moniker: Number One Contender.

With the state warfare brewing in the background, Chambers is doing his very best to focus solely on what awaits him this Sunday: an opportunity at the MCW Intercommonwealth Championship.

However, the roadblock to that dream has a name, and it is Adelaide’s very own Rocky Menero. The seasoned veteran has proven himself to be a dominant champion, and with no allegiance to either Victoria or NSW, the upcoming invasion is something that barely registers on Menero’s radar.

Will this mindset prove to be an additional advantage for the champion? Or will Sunday be the day that Chambers soars to new heights?

With Kellyanne’s sudden retirement last month, the landscape has dramatically shifted in the women’s division. The MCW Women’s Title is now vacant, and a new champion is guaranteed to be crowned this coming Sunday!

Eight of the best women from around the country will compete in Ballroom Blitz: an over-the-top-rope battle royale where two competitors start, and a new challenger emerges every minute until only one remains. Elimination can occur by being thrown over the top rope, pinfall, or submission.

With the chance of being skyrocketed to the top of the division, everyone involved in this match is laser focused on achieving championship glory. Who will emerge victorious?

Part of the overarching Best of Five series of matches on Sunday that will determine the triumphant brand, current MCW Tag Team Champions The Natural Classics will face off against PWA stalwarts Mat Diamond and Paris De Silva.

Both teams have done battle multiple times in the past, and therefore know each other’s offensive and defensive tactics extremely well. With the reputation of their respective cities and companies sitting on their shoulders, who will emerge victorious in this high-stakes tag team matchup?

As if things couldn’t get more personal on Sunday, Ballroom Brawl winner Mitch Waterman unintentionally stirred the pot back in Sydney when he caught up with his old friend Kingsley backstage. Protective of his niece, Bonza made it clear he was unhappy with Waterman’s familiarity towards his family.

Bonza now is looking to teach Mitch a lesson and will have the chance to do so this Sunday in singles action as part of the overarching Best of Five series!

Will Bonza’s experience allow him to capture a win and a point for PWA? Or will Mitch’s momentum continue by securing the victory for MCW?

One could argue the match that lit the fuse on this interstate warfare was when former PWA Heavyweight Champion Caveman Ugg turned his back on the promotion and aligned himself with MCW several weeks ago. This shocking turn of events has given Melbourne the upper hand in the mental warfare department. However, PWA is bringing a loaded arsenal with them in the form of Mat Rogers, Mick Moretti, and Kai Drake!

All three men have previously fought inside an MCW ring during their careers, so the Thornbury Theatre is familiar ground. However, home court advantage certainly goes to “The Universal Swoldier” Mikey Broderick, Tyson Baxter, and the aforementioned Ugg.

This six-man tag team match is sure to be explosive, and with feelings of betrayal tied into it all, no punches will be pulled!

Will Melbourne get the last laugh yet again? Or will Sydney silence the voices in their heads?

It will be youth vs experience in this singles matchup when PWA premiership winner Lyrebird Luchi goes one-on-one with “The Business” Slex!

Lyrebird Luchi has enjoyed a meteoric rise in PWA, and with management handpicking Luchi to do battle against an MCW original, the company clearly believes in the young upstart.

However, Slex’s accomplishments speak for themselves, and with a string of consecutive victories in recent times, Business has indeed picked up. Will this trend continue? Or will Luchi deliver an upset?

It will be Champion vs. Champion when the unpredictable Ricky South locks up against Adam Brooks!

Throughout his title reign, Brooks has been determined to cement his “Loose Legacy”; to ensure that his time as Champion is remembered with clarity and longevity in the minds of fans. Securing a win against a fellow World Title Holder would not only help secure the win for MCW over PWA, but also further cement said legacy.

Yet Ricky South is building a legacy of his own, one of psychological warfare, provocation, and mystery. South has been PWA’s reigning champion since March and has defeated a string of worthy challengers.

Which champion will emerge victorious, establishing their city, and their roster, as the best Australia has to offer?

It all comes to a head on Sunday! 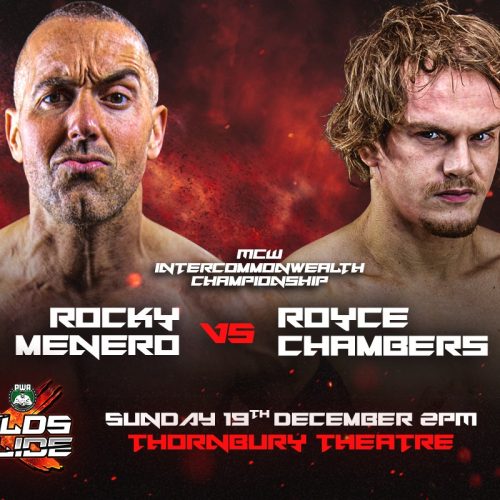 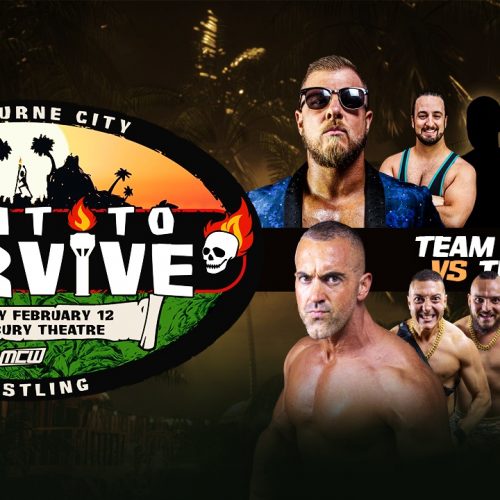