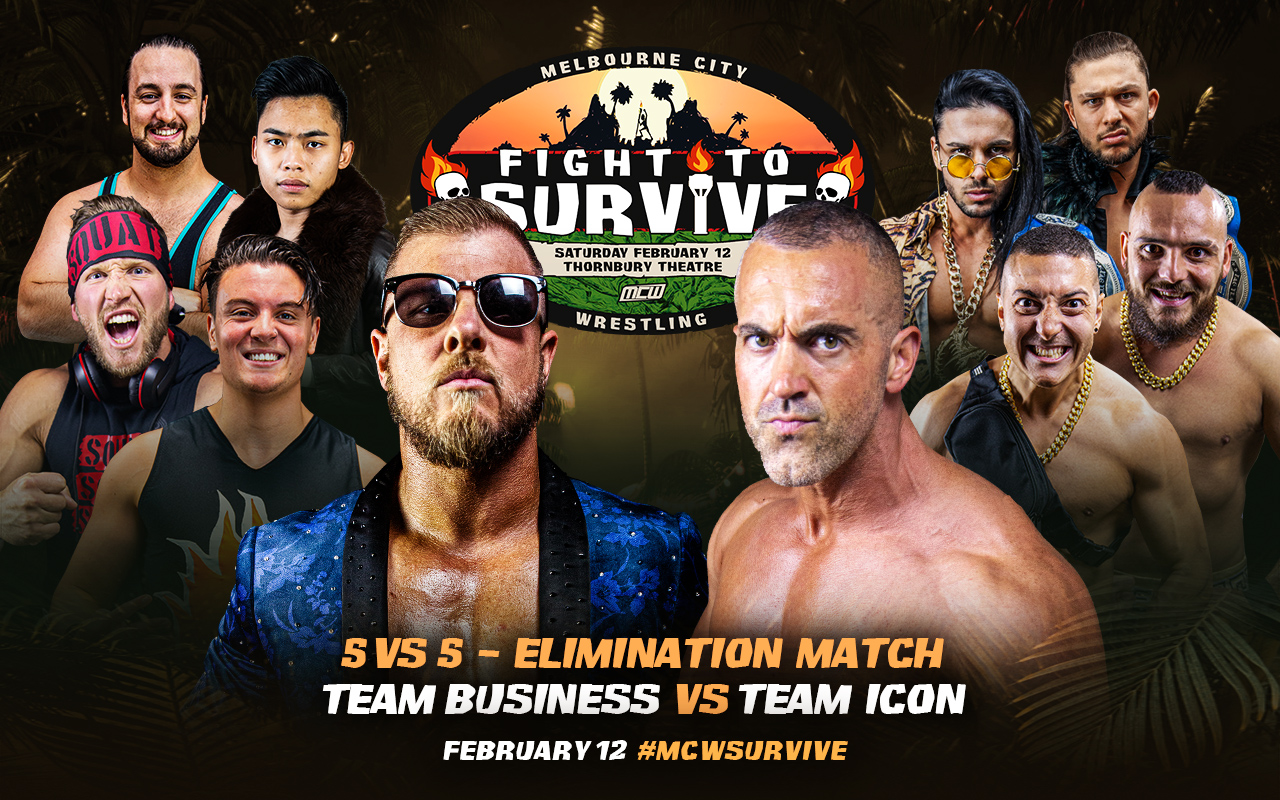 Grudges are a natural part of wrestling; look no further than the existence of the term “Grudge Match”. In an industry rife with competiveness, confidence, and charisma, certain personalities are bound to be incompatible in any locker room.

However, much like the etymology of the “Grudge Match”, there is a reason it’s called “Professional” Wrestling. The place to take out these frustrations has always been in the ring, and when the dust settles, more often than not the competitors involved walk away with respect for their opponent.
But what happens when someone feels they are owed that respect outright? What happens when two egos clash with such impact that sides are forced to be taken? What happens when an Icon feels a need to disrupt The Business?

This Saturday, 10 of the country’s top wrestlers will stand across the ring from each other; divided in a war between two athletes who are strikingly similar in their achievements, but polarizing in their beliefs. With the battle lines drawn, championships being defended, and legacies re-starting, MCW’s entire roster will find themselves embroiled in a Fight to Survive.

In arguably one of the biggest upsets in MCW History, Royce Chambers emerged victorious as the NEW Intercommonwealth Champion when he pinned Rocky Menero in the middle of the ring in quick fashion, much to the delight of a raucous crowd.

Now, “The Menace to Society” is looking to prove that his win wasn’t a fluke by putting his newly won title on the line against fellow high-flyer Mat Diamond! Two men with similar styles will not let gravity get them down in what is sure to be an exciting battle.
Will Royce start of 2022 with a successful title defence? Or will he fail to measure up to The Diamond Standard?

Paying your dues is important in any industry. Putting in the hard work, learning from your elders, and demonstrating a positive attitude is what helps the highest echelon break through.

For KrackerJak, a living legend in Professional Wrestling, he has had to pay his dues twice; working through every rite of passage that he himself oversaw the next generation endure. The circumstances surrounding “The Mad Bastard’s” humbling last few months have been infuriating to watch by anyone with even a modicum of empathy. However, the recent trials of Australia’s Hardcore Pioneer will finally come to an end this Saturday, when KrackerJak will officially graduate from the MCW Academy! With this ceremony comes the one thing KrackerJak has wanted for almost four years; re-entry into an MCW ring and the right to wrestle again.

It will surely be an emotional celebration, and one that the MCW Faithful will get to be a part of!

History was made at World’s Collide back in December when Jessica Troy not only racked up the most eliminations in the first ever “Ballroom Blitz”, but won the inaugural match, along with the top prize in Australian women’s wrestling! Living up to her moniker “The Arm Collector”, Troy was a submission machine, showing every member of the MCW Faithful in attendance why she deserves her spot at the top of the mountain.

This Saturday, Troy hopes to start a new collection; one of title defences for her MCW Women’s Championship. Jessica will not have it easy in her first match as Champion though, when she will go toe to toe with Lily Blaze!

Blaze and Troy briefly squared off in the Ballroom Blitz when Lily entered as the 7th entrant, giving a teaser of what is sure to be a hard hitting affair in Thornbury this weekend. Will the Champ disarm the Challenger? Or will Blaze be impossible for Troy to extinguish?

While Moretti may have lost his match at World’s Collide, he ended up with the last laugh when The Rapscallion cost Adam Brooks the chance of defeating PWA Heavyweight Champion Ricky South via a vicious blow to the head with Stark’s Title Belt!

With the Sydney Star inserting himself where he doesn’t belong, the MCW World Heavyweight Champion has called out Moretti and his claims of being the “Soul of PWA”. Adam Brooks wants to avenge MCW’s defeat of PWA and re-write history to better suit his continued “Loose Legacy”, describing this match as The Soul of PWA vs. The Soul of MCW.

Mick Moretti is a dangerous and unhinged opponent with a demonstrated proficiency in both aerial and ground techniques. In order to survive his challenger and keep his Championship, Brooksy will need to ensure his emotions are kept in check and his eyes are open on an opponent who is equally matched in speed and skill.

Will The GLOAT continue his legendary Title run? Or will MCW’s Soul belong to The Rapscallion?

In what will be the culmination of a rivalry as heated as MCW has ever seen, the Rocky Menero led Team Icon will clash with the Slex led Team Business in a 5 on 5 Elimination Match!

Slex has accused Rocky of poisoning every wrestling promotion Menero has been a part of; making everything about himself and rocking the boat in waters that are peaceful and calm. Menero sees it differently; being an agent of necessary chaos to ultimately rebuild for the better. Slex believes that the foundation of MCW is solid and “A-Town’s Finest” repairs are unwelcome.

With both teams assembled, the values of only one of these two Australian Superstars will be instilled on the MCW Locker Room. Will Slex and his allies prove to Menero that Business is Booming? Or will Rocky and friends deliver a hard lesson from “Dad”?

It will be an evening full of hard fought contests, where survival will be on the line! Make sure you don’t miss out this Saturday! 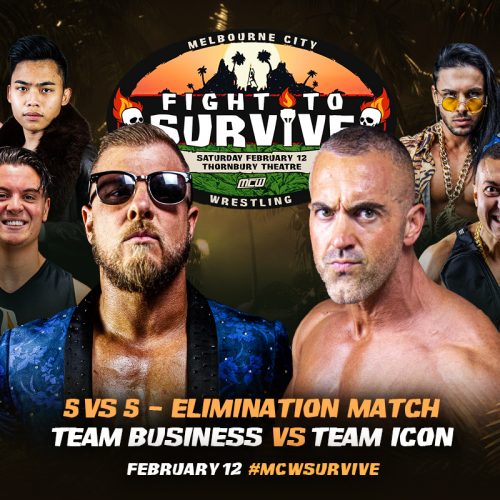 FIGHT TO SURVIVE – THIS SATURDAY NIGHT