Last month, the Thornbury Theatre opened its doors to the MCW faithful for the first time in 12 months. The
jubilation and adrenaline felt throughout the building the night MCW made its Homecoming was palpable.

However, rather than focus on the past, the men and women of the Melbourne City Wrestling roster set their
sights on the future. For this Saturday, rivalries will be contested, fates will be sealed, and 20 men will fight for
supremacy and a shot at a Loose Legacy. This Saturday marks the Ballroom Brawl!

The Brat Pack continued their argument for being the best tag team in Australia when they made their first successful championship defence against the Natural Classics at Homecoming. However, before the world shut down in 2020, The Velocities (Jude London & Paris De Silva) claimed that title for themselves!

The Brat Pack had to wait a full year to call out London & De Silva. With the challenge accepted for Ballroom Brawl, both teams will not only be battling for the Championships, but for the mantle of Australia’s best!

It has been a period of trials and tribulations for The Mile High Club. After Jett Rouka and Tyson Baxter dealt with their own respective injuries, the period of inactivity over the last year further derailed their momentum. Now, with the MCW Faithful back in attendance, and both men healthy, they are ready to compete for their chance at tag team gold!

However, they will first have to make their way through the previous Number 1 Contenders, The Natural Classics!
After coming up short in their bid to reclaim the championships, the Filip Brothers will no doubt be looking to make a statement.

Will it come at the expense of The Mile High Club? Or will the young upstarts prove yet another setback for Tome and Stevie?

It has been over a year since fans locked eyes on Kellyanne in action. However, The Leader of the Fiend Club
isn’t content to rest on her past accomplishments, but rather make 2021 her year in MCW.

Standing in her way to accomplish that goal is none other than Jessica Troy, who last stepped foot into an MCW ring in 2019! When Kellyanne and Troy last faced off in MCW, The Arm Collector came up short. With both competitors
looking to start the year off on a high note, this battle is sure to be intense!

Will Jessica Troy avenge her previous loss? Or will 2021 truly be the Year of the Fiend?

After coming within fingertips of reclaiming the MCW World Championship, Slex heads into Ballroom Brawl to begin his quest to the top of the title ladder once again. Unfortunately for Slex, looking to move up a few rungs himself is a Rapscallion. Mick Moretti has been on a tear through Sydney in recent months.

Will Moretti put a stop to The Business? Or will Slex close up shop on The Nations member?

It only happens once a year, and the prize could not be greater! Two competitors start. Another one joins the fray every two minutes. One outlasts all others in an over-the-top spectacle. The reward for running the gauntlet is a title shot for the MCW World Championship at any time and any place of their choosing within the following 12 months!

At Homecoming, the coveted #20 spot was earned in a riveting triple threat match by Smashmouth Ritchie Taylor!
The fan favourite Taylor is also certainly the odds on favourite to win the whole thing! However, 19 others
will be gunning for victory as well; the likes of whom include MCW Intercommonwealth Champion Caveman Ugg,
newcomer Anth Cava, the enigmatic Edward Dusk, the Final Boss Jake Andrewartha, and the original Swoldier Mickey Broderick to name only a few!

With many athletes not having been in an MCW ring for over a year, this is what has been motivating them during the downtime. The path to immortality. The opportunity to become a champion. The guarantee of cementing your legacy as the winner of the 10th Ballroom Brawl!

What debauchery can the MCW faithful expect when Rocky returns?

After putting his body through hell in the appropriately named Three Stages of Hell match last month, Brooksy
took a huge step forward in cementing his Loose Legacy. At Ballroom Brawl, the champ will use his words
instead of his actions to let the MCW Faithful know what’s on his mind.

It all goes down this Saturday, at the Thornbury Theatre!

Tickets to Ballroom Brawl are now SOLD OUT. To make sure you don’t miss out on any of the exciting action, go to mcwondemand.com.au where Ballroom Brawl will be available 7pm AEDT on Wednesday 17th March.

For those who have purchased tickets, doors are at 6:00pm, with the opening bell set for 7:30pm. 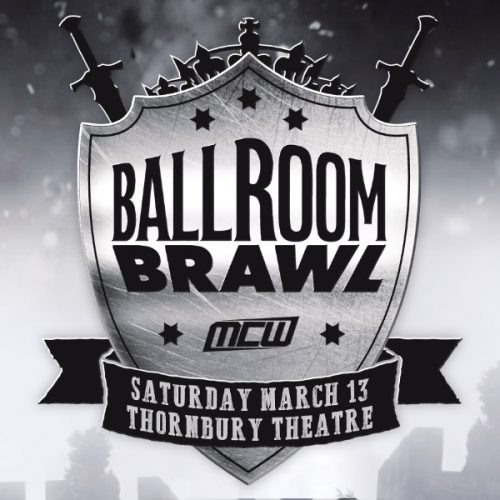 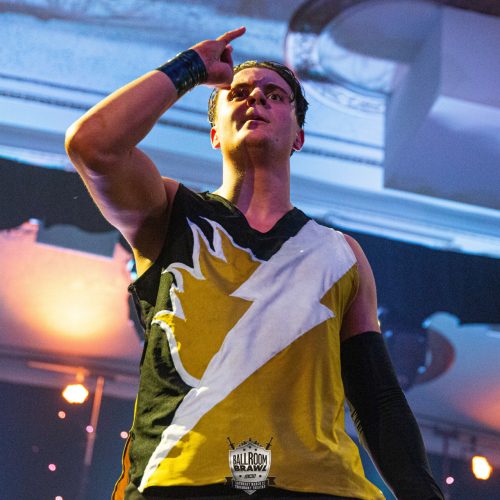