An icy chill has descended upon the city of Melbourne over the past few weeks. Temperatures are frigid, and citizens are finding refuge wherever they can. This Saturday, at The Thornbury Theatre, the cold of winter will be combated by the heat of competition, as Melbourne City Wrestling delivers a night of championship matches, open challenges, and the best wrestlers in the country engaging in Winter Warfare!

Mikey Broderick’s newly found obsession with fitness has quickly made him a fan favourite with the MCW Faithful. The Universal Swoldier clearly practices what he preaches, as Mikey’s impressive physique has drawn admiration and inspiration from many a fan.

With the launch of his successful web series, “Gainz in 60 Seconds”, Broderick will be hosting a special live episode in the ring on Saturday 10th July when MCW returns to the Thornbury Theatre!

An overwhelming number of messages have come in from people who are seeking fitness advice, and Broderick will be selecting a submitted question live in the ring. Which lucky fan will Mikey offer his wisdom to, and will The Swoldier get the blood pumping of those in attendance as a respite from Winter?

It has been a rough period for the 2021 Ballroom Brawl winner as of late. Not only did Mitch Waterman lose his Tag Team Championship with partner Nick Bury, but Waterman also bid his brother in brattiness goodbye when Bury emotionally disbanded The Brat Pack last month to ensure Mitch’s sole focus on singles competition going forward.

MCW management have wasted no time in testing the mettle of Waterman by lining up a formidable opponent for the former champion: the enigmatic Edward Dusk!

Mitch came up short in his unofficial debut as a solo competitor against MCW gatekeeper Slex, and with Dusk’s impressive, but losing effort against the inaugural MCW Champion Danny Psycho earlier this year, Edward will be seeking retribution. Will Waterman be able to gain momentum for the second half of 2021? Or will Dusk fall on the Ballroom Brawl winner?

Two illustrious veterans will square off this Saturday, each with very different philosophies on the state of Wrestling in Australia.

For Slex, “The Business” isn’t just a nickname; it’s a moral code. Having been signed to Ring of Honor, the former champion has made it clear he will not be in MCW forever and wants to ensure that the company is in good hands.

For Menero, the future of “the Business” has a losing mindset, where learning is more important than winning, and the lessons “Dad” dishes out in the ring are for their own good.

The entire locker room will be watching these two legends square off, and whomever emerges victorious will be vindicated in their vision for the future. Who will be solidified as the role model for the next generation of wrestlers in this country?

Royce Chambers is one of the most exciting and talented athletes of the new generation making their presence known in the Australian wrestling scene. However, despite impressive battles against established names and the respect earned from his peers, The Airbender is still winless in MCW. The desire to prove himself is a fire that burns going into the dead of Winter Warfare.

He will need that fire as the aforementioned “dead of winter” is personified in “The Snuff King GORE!”

After making his MCW debut in an open challenge put forth by Caveman Ugg last month at New Horizons, the MCW Faithful in attendance were stunned at the ease of which GORE tossed around the Jurassic Juggernaut like a ragdoll.

Both competitors are seeking their first win in Melbourne City Wrestling. Will the Airbender’s speed and heart do enough to secure the victory? Or will GORE snuff out the hopes of Chambers?

Last month, Kellyanne made it quite clear that her championship reign would be one of Total Domination. This new mantra of Kellyanne has produced massive success for The Leader of the Fiend Club yet has also isolated her from both the locker room and the MCW Faithful.

This seems to be the way the Champion would prefer it, and her intense and intimidating demeanour ensured that not a single competitor answered the Open Challenge issued last month for the MCW Women’s Title. This Saturday, another challenge has been issued, and a massive opportunity awaits an athlete who is ready to seize it.

Will Kellyanne be de-throned? Or will Winter Warfare fittingly introduce the era of the Ice Queen?

After winning the MCW Tag Team Championships in a shocking fashion at New Horizons, the Natural Classics look to cement themselves at the top with another win this Saturday.

But the Filip Brothers do not have it easy in their first defense.

Not only do they have to take on the always dangerous Jett Rouka and Tyson Baxter of The Mile High Club, but they also face The Parea – the 3-time and current Riot City Wrestling Tag Team champions!

The newfound aggression of Stevie and Tome will be up against the speed and aerial attacks of Jett and Tyson, with the sheer hunger of Eli Theseus and Gabriel Aeros serving as a volatile wildcard.

Which team will tough it out through Winter Warfare to earn the right to call themselves Champions?

Adam Brooks is steadily accomplishing his aspirations of being a fighting Champion in MCW. After losing a year to global catastrophe, Brooksy is making good on his promise of establishing his ‘Loose Legacy’ that will endure long after he departs for the next chapter in his career.

Also accomplishing great things in Melbourne City Wrestling is former Intercommonwealth Champion Caveman Ugg, whose combination of strength and agility has provided the Jurassic Juggernaut with an outstanding win-loss record in the promotion.

Last month, when Ugg demanded a Title Match, MCW were quick to grant the Caveman his wish. Now, at Winter Warfare, a styles clash of epic proportions will occur in the Main Event for the MCW World Heavyweight Championship!

Adam Brooks has built up a champion’s conditioning through his participation in Multiple Fall matches, Iron Man stipulations, and No Disqualification settings. Caveman Ugg is explosive out the gate, with power that doesn’t seem to deplete as the match goes on.

Which of these fan favourites will walk out of Winter Warfare as Champion? Will the Loose Legacy Continue? Or will a Prehistoric Reign be upon us?

Winter is Coming! Make sure you are there for its arrival! 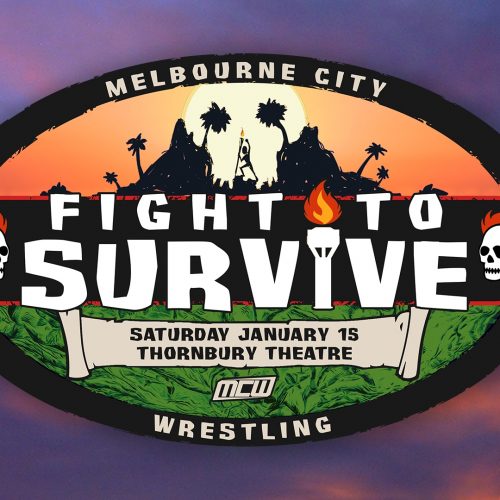