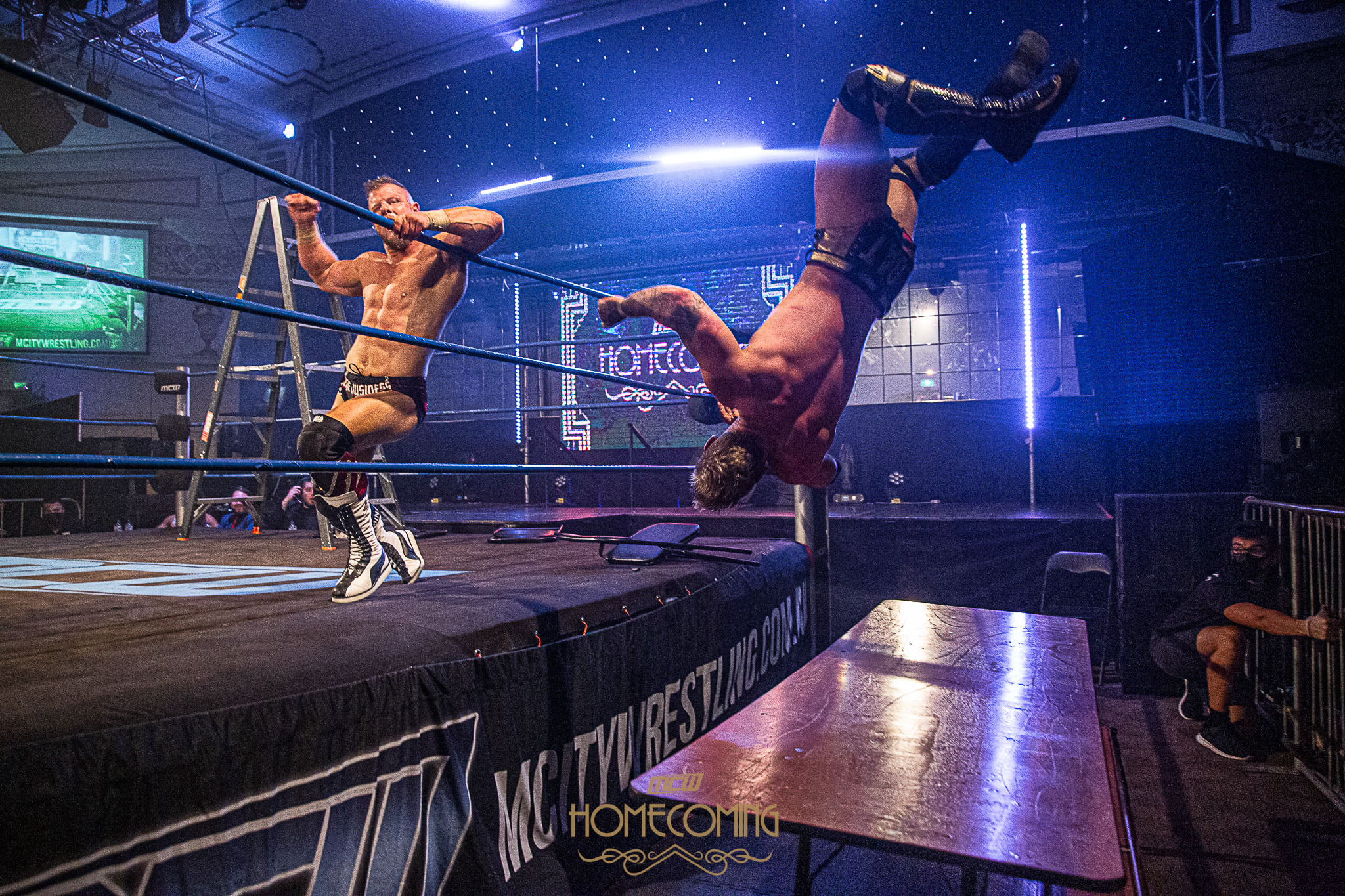 MCW Homecoming is in the record books, and it was an event to remember. Thank you all who came to the Thornbury Theatre, we missed you as much as you missed us. And while our Covid safe seating plan meant we couldn’t have quite as many of you as we’d like, those who were here got to see Melbourne’s best wrestling up close and personal.

Homecoming kicked off with an awesome three-way match between Royce Chambers, Emman the Kid and Ritchie Taylor in a relentless battle to determine the #20 entrant at the upcoming Ballroom Brawl. Royce and Emman flew, but at the end of the day it was the sheer power of Ritchie Taylor that got the win, and sent him into Ballroom Brawl with the biggest advantage possible.

Next up was the always enigmatic Edward Dusk, who resumed his torment of Danny Psycho, this time in the ring. Dusk had no shortage of dirty tricks up his sleeve, but Psycho showed that he is made of stronger stuff as he made Dusk tap out. Yet Psycho’s reluctance to release the hold at the end of the match possibly shows that Dusk has gotten inside his head. We won’t be surprised if their paths cross again in the future.

You know you’re going to get a hell of a match when you have the MCW Tag Team Champions The Brat Pack face off against their long time rivals The Natural Classics, and once again this was a match for the ages. Both teams showed why they’re so highly regarded, but in the end it was The Brat Pack who retained their championship, leaving the Filip brothers seemingly in disarray when the Filips refused Mitch Waterman and Nick Bury’s offer of sportsmanship after the match. Is this the first sign of a new attitude for The Natural Classics?

The last match before the intermission was MCW InterCommonwealth Champion Caveman Ugg defending his title against Mikey Broderick, who has a new fitness focused approach to wrestling. However this match showed that while Broderick can squat like a madman, the brute force of Ugg is hard to beat. The big question is, who is next to step up to challenge the Caveman?

After the intermission, MCW Women’s Champion Avary stepped into the ring to talk about how 2020 impacted her championship ambitions. But she was rudely interrupted by new MCW arrival Skylar Cruze, who managed to insult not just Avary as she challenged the champ, but the entire MCW crowd. Not surprisingly, the MCW faithful were firmly on Avary’s side as she defeated the upstart Cruze, and cemented her championship legacy.

And then it was time for the main event, featuring two of the best wrestlers Australia has ever produced. On one hand – the challenger Slex, who feels that he’s been the gold standard for years; and striving to win the MCW World Championship for an unprecedented third time. On the other hand, the current MCW Champion Adam Brooks, who feels that 2020 robbed him of his chance to cement his legacy. And to make it a match for the ages, it was a Three Stages of Hell match.

Stage 1 – a traditional wrestling match, which was the back and forth affair you’d expect from two of Australia’s best, but Slex managed to get the win after making Brooksy tap out to the Close of Business.

Stage 2 – a falls count anywhere match, that was as brutal as any match we’ve seen in MCW before. It had chairs. It had tables. It had pure carnage. And it had Brooksy defeating Slex after putting him through a table on the floor to take it to a third and final stage of hell.

Stage 3 – a ladder match; when the match begins with Slex slamming Brooksy onto an already mangled ladder, you know you’re seeing two men give it their absolute all. This was an absolute assault on the senses, as Slex and Brooksy put their bodies on the line to win the MCW Championship. Despite being thrown through table, through chairs and off ladders, Brooksy prevailed to retain his championship and make this the GLOAT era. But at what cost?

Thank you to everyone who attended MCW Homecoming, and for those of you who couldn’t be there, you can watch now at mcwondemand.com.au 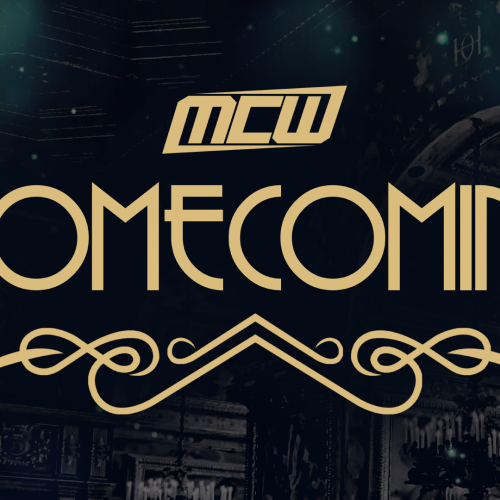 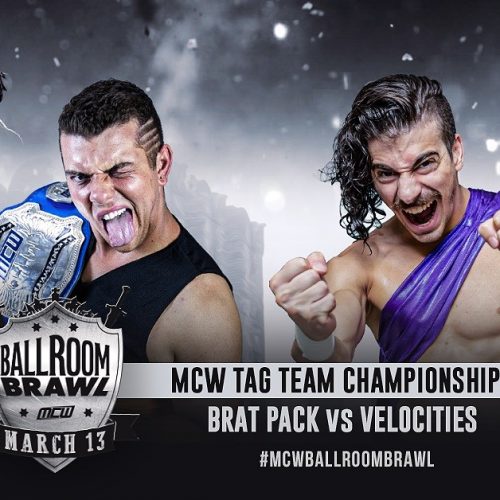