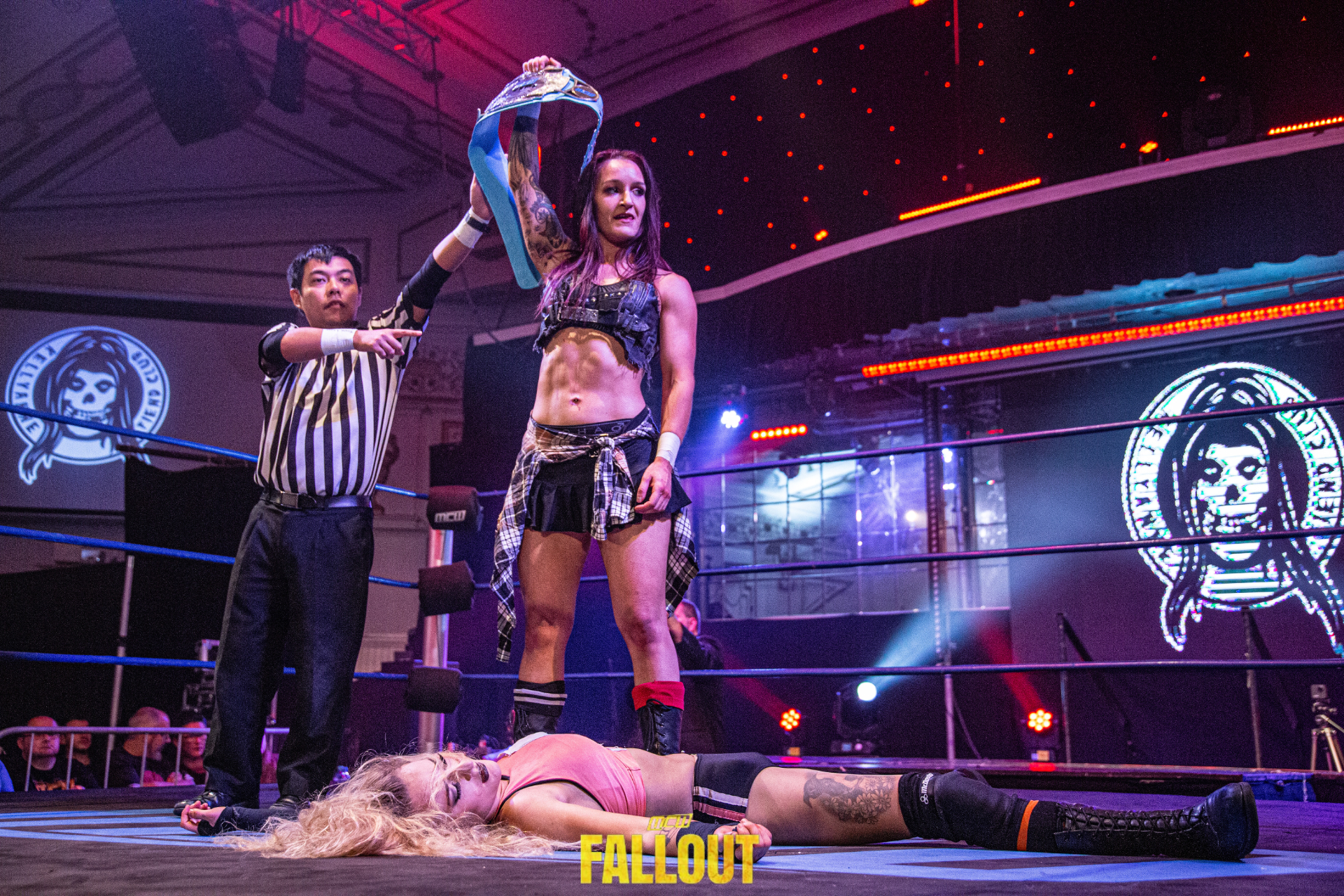 This past Saturday Night, MCW Fallout lived up to its name. With new champions crowned, a celeBRATion ruined, and a shocking new challenger emerging for the World Title by nights end, the foundations of Melbourne City Wrestling were shook to their core!

A celeBRATion Gets Down To Business

The evening was kicked off with the Brat Pack trio making their way to the ring for their CeleBRATion, each member proudly carrying their championship gold. ‘The Big Sexy Unit’ Nick Bury introduced himself, the MCW Women’s Champion Avary, and his Tag Team Champion partner & 2021 Ballroom Brawl Winner: Mitch Waterman

As a way to test his abilities, Slex threw down the challenge for a match between the two later in the evening. Never one to back down from a fight, Mitch let ‘The Business’ know that it was on!

The abuse of ‘Loverboy’ Lochy Hendrick’s power via his Australian Wrestling Legends Contract once again ruined ‘Smashmouth’ Ritchie Taylor’s momentum for the second month in a row. Hendricks’s music interrupted the later stages of the Title Match between champion Caveman Ugg and challenger Taylor, declaring it a Triple Threat Match.

With that, Lochy took out Ugg and pinned Ritchie to shockingly win the MCW Intercommonwealth Championship!

Total Domination. These were words uttered by Kellyanne during this match, and words that rang true when she shortly thereafter pinned Avary to win the MCW Women’s Championship!

In a moment that was brushed in vivid shades of last month, Kellyanne landed a Backpack Stunner to drop her nemesis of over three years, and continuing her 2021 momentum.

‘The Universal Swoldier’ was able to overcome the presense of ‘Absolute Excellence, defeating Anth Cava in Cava’s debut singles match in MCW. While Anth’s first foray into one on one action didn’t go the way that he and ‘The Influential’ Skylar Cruize anticipated, the rookie had an excellent showing against the veteran Broderick.

Unfortunately, the momentum was cut short due to interference from Cruize, albeit interference that benefitted ‘The SquatMaster’ when Cava inadvertently knocked Skylar off the ring apron!

In a match that was set up earlier in the evening, Waterman took ‘The Business’ to his limits, and showed his mettle as a singles competitor. However, there is a reason that Slex is a two time MCW World Champion, and that pedigree shined through in this competitive match, which allowed Slex to pin Waterman.

The Natural Classics Throw Down a Challenge

Before Mitch even had time to fully recover from the gruelling match with ‘The Bueiness’, the Filip Brothers came out to confront Mitch and Nick. As the current Number One Contenders to the MCW Tag Team Championships, Tome and Stevie took to the microphone and asked some very difficult questions to ‘The Bratty Ones’; including what their commitment was to tag team wrestling.

Despite evident reluctance from Nick Bury, Mitch was quick to accept the challenge of The Natural Classics, and a match for the titles is now set for New Horizons next month!

There weren’t enough continues in the world to beat ‘The Final Boss’. The three-on-one match was quickly rendered a two-on-one match when Andrewartha caught Emman in a chokehold in the opening seconds of the match!

Zane Zodiac was not far behind joining Emman in the land of sleep, also getting caught by Andrewartha and leaving Tony Villani as the sole competitor against Jake. While there was somewhat of a rally from Tony that showcased the heart that his possesses, it wasn’t enough to clear the level, and ‘The Final Boss’ was able to enact his revenge against the trio that cost him victory at the Ballroom Brawl.

Rouka had something to prove in this match. Accompanied by his Mile High Club teammate Tyson Baxter, Jett went on the record prior to this match that he was fighting for the younger members of the MCW Locker Room. After Menero made disrespectful comments of his own on MCW Wired, this match had very personal emotions involved.

Jett made the youth movement in MCW proud. His agility was on full display, and at times was enough to fluster Menero into making mistakes that Rouka was then able to capitalize on. However, agility can only match up against ring awareness for so long, and ultimately experience prevailed when ‘A-Town’s Finest’ pinned Jett after a flying elbow drop.

In the Main Event of the evening, the inaugural MCW Champion looked to win the Title for a second time against the current Champion Adam Brooks.

The size advantage of Psycho benefited the challenger throughout the match. Sheer brute force caused Brooksy to stay on the run for the duration of the battle. Ultimately though, chopping down the legs of Danny allowed Adam to get to the top rope and hit a Swanton Bomb, pinning Psycho and keeping ‘The Loose Legacy’ alive!

Post-match, the lights went down in the arena and a video was shown, with an unknown narrator speaking of the people that Adam Brooks has defeated. At the end of the video, the voice was revealed to be none other than that of Robbie Eagles, who will challenge Brooks for the MCW World Championship at New Horizons!

Having survived the Fallout, The MCW Faithful, and the locker room in general can look towards New Horizons. Make sure that you’re in attendance come May 8th for another action-packed card! 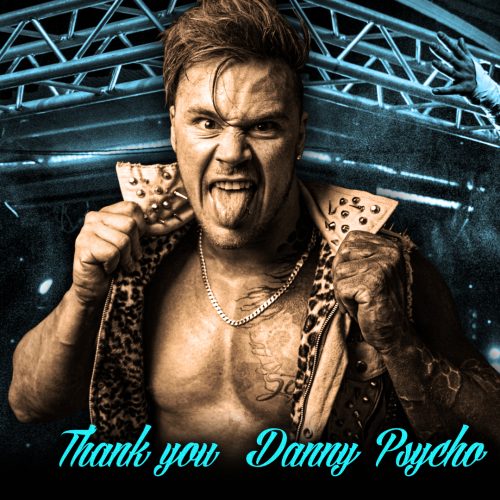